Just got my ticket for this year’s Google I/O conference in San Francisco. Can’t wait!

And in Google-related news, check out the following post on their relationship with China, having discovered sophisticated attacks on their company to extract information about Chinese human rights activists. Heavy stuff.

“These attacks and the surveillance they have uncovered–combined with the attempts over the past year to further limit free speech on the web–have led us to conclude that we should review the feasibility of our business operations in China. We have decided we are no longer willing to continue censoring our results on Google.cn, and so over the next few weeks we will be discussing with the Chinese government the basis on which we could operate an unfiltered search engine within the law, if at all. We recognize that this may well mean having to shut down Google.cn, and potentially our offices in China.”

Last night I came up with a grand plan to create a JS HTML serializer so I could create JSON representations of HTML markup. My goal was to completely do away with creating HTML markup via DOM or string building, relying instead on standardized JSON formatted objects and some parser functions to convert them to and from HTML.

Well, turns out it’s already done – at least in the abstract. Rats. All my good ideas are other people’s.
http://jsonml.org/

I’m going to do a little more digging, but a Prototype/jQuery extension to generate HTML markup based on that format seems like a real no-brainer. It could seriously reduce code clutter, plus it would abstract away the actual node creation into a library that could handle it in a way that’s most efficient for the JS framework being used.

IBM wrote an article on it way back in July 2007, which is worth a read:
http://www.ibm.com/developerworks/library/x-jsonml/

cfdump is a catch-all Coldfusion function for debugging. It outputs the entire contents of the variable – regardless of variable type – into a webpage in a nicely formatted, coloured DHTML table. This is definitely one of ColdFusion’s better features…
http://dbug.ospinto.com/

I wrote this very same function a few years ago after using Coldfusion for a few months, except mine wasn’t half as good. This one’s an almost exact match of the Coldfusion function for use in PHP. Brilliant!

Unbelievable it’s only been downloaded ~900 times…! Try it out: you won’t regret it.

Why not to use @import

Here’s a very interesting article posted yesterday by Steve Souders on his blog, which outlines a disadvantage of using @import over standard the link tag. See here:
http://www.stevesouders.com/blog/2009/04/09/dont-use-import/Â

The crux of the article is that @import results in stylesheets being downloaded sequentially rather than in parallel, resulting in slower load times. It covers a variety of cases; multiple @imports, @imports + link tags, and more.

The article is entirely about IE, saying that the problem exists on version 6, 7 and 8. The conclusion is that standard link tags work consistently over all browsers and should be used instead.

IE8 has been officially release today – download it here! It’s nice to see IE 6 get pushed further and further into the past.

I already posted about this stuff a long while back, but I thought refreshing my memory was probably a good idea. Here’s some of the new features, from a developers point of view.

The previous IE release was mainly devoted to CSS compliance fixes, but IE8 has lots of nice new juicy features for JS.

“The ability to store and retrieve large amounts of data directly to a user’s hard drive is important to browser-based applications that want to extend their reach beyond client-server interactions. Local storage is also comes in handy when disconnected from the Internet, and synchronize local changes when an active Internet connection returns. Scriptable online and offline connectivity events fire when connection status changes.”

JSONView: JSON browser from within Firefox

Windows 7 Beta is now free to download for the first 2.5 million users. The New York Times has an interesting article on it here, outlining the various improvements. Worth a read.

What’s especially interesting is the content they’ve borrowed from Mac. I’m no raving Mac fan, but I do own one, and certain features like the dock – containing icons of all your favourite programs – are finally going to be implemented in Windows 7, replacing the old quick launch section. This is excellent. I use the quick launch section religiously, but I often click on the wrong tiny little icon.

If I had more time, I’d download and play around with the new OS – if only to test drive IE8 which comes with it. 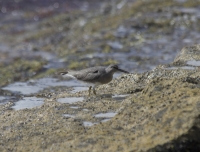