This small but powerful script lets you add javascript validation to your forms quickly and with very little effort. No programming experience is necessary, but it’s fully extensible to allow programmers to augment the built-in validation rules with their own. There are a lot of validation scripts out there, but here’s a few reasons I think that this is one of the better ones.

RSV comes in three flavours: as a standalone script, as a jQuery plugin and as a Prototype extension. All of the versions offer the same functionality, but I’ve separated the documentation and examples into sections to keep things clear. If you’re unfamiliar with jQuery or Prototype you’ll probably want to use the standalone script.

This script was designed to be identical to the PHP Validation script; both employ exactly the same logic, and you can simply copy and paste the validation rules from one to the other, providing both client- and server-side validation with very little extra work. If you work in PHP, I really recommend you checking it out. It’s saved me a LOT of time!

Latest posts from the RSV project 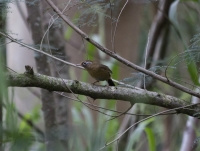