Ever had to fill in a form again and again and again…? Well, you’re not alone! A few years back I decided I couldn’t take it any more, so I broke down and wrote a script for Firefox to solve this very problem. Any time I entered a form that I thought I may need to re-enter at a later date, I could save whatever I entered. Nice!

This Google Chrome extension does exactly the same thing, only spruced up for the new decade and for a new browser. It provides a very simple user interface to manage your saved forms and identify which page form you’re interested in saving. There are no limit to the size of the form, number of fields, or number of forms.

Ultimately I picture it being most useful for QA specialists or test teams, but it’ll be handy for any web developer, or any end user who find themselves needing to save their forms.

This extension uses jQuery, jQuery Color Animations and jquery-json. Thanks to those developers!

I ALWAYS like to hear questions, feature suggestions – and even bugs! So feel free to post them here.

You can install it from Google’s site, here. 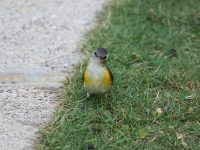