John McCain and the Lying Game

An interesting article from Time Magazine:

It calls out McCain for his lack of integrity these last few campaign-saturated months. We’ve all come to expect a degree of disingenuousness from politicians – I’d argue that to some degree it’s part and parcel with being in politics in the first place – but recently McCain has stepped waaay out of bounds, so much so that Time, the New York Times and other news organizations are flatly calling labeling him a liar. You’d think this would be enough to sink his campaign, but not so.

How on earth has this become acceptable to Americans? What’s genuinely troubling is that truth and facts no longer seem to matter enough to decide the result of an election. American politics itself has become so undermined that it’s who puts on the better show; who captivates the voting public for long enough to cinch the votes. Say one thing and do the other? No problem. Dumb down the population enough into thinking in terms of blue and red and politics just becomes entertainment – content be damned. With few exceptions, every online news story with a positive or negative statement about one of the nominees is filled with comments by enraged Democrats and enraged Republicans. God it’s tiring.

Still, exciting times coming up! US Election, Canadian Federal Election, even a municipal election (from most to least exciting… I’m a lousy Canadian). I’m throwing a Election Barbeque/Booze-up for the first. I figure it’ll help dull the pain. 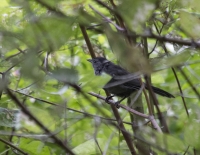