I’ve been in Mexico this last week – back home tomorrow. I hear there’s been 6-8 inches of snow in Vancouver…? Yikes.

A few mostly bird-related pictures from the trip: http://www.benjaminkeen.com/birding/mexico-2016/

It’s been a lovely trip and I’d be more than happy to stay longer, but code awaits!

Alrighty! I just released another small update to birdsearch.org, the latest of a series of bug fix releases. I believe this release now fixes all the significant errors, so I’m going to be putting the site largely aside for a bit. The next task for that site is to add mobile support – something badly needed! But first I want to return to Form Tools for a little while.

btw, I’m off to Mexico for a week so sorry if I don’t respond promptly to anyone.

Couple of small updates to birdsearch.org this last week: 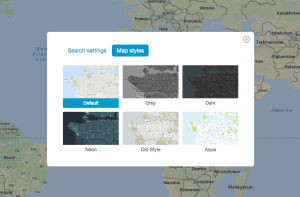 Next version is going to be for bug fixes only. There are a few small things I’d like to patch before letting more people know about the site. 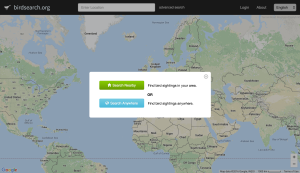 ell, for a project that was supposed to just take a few months, this sure took the cake. But it’s live at last: check it out! birdsearch.org.

I created the site 3 years ago, and even though very few people actually use it (I should probably have let people know it was there) I’ve found it invaluable for my own birding. This new version was a complete rewrite in React, Redux, react-intl with a Node backend. It’s still in beta – I’ve got a running list of bugs and enhancements to fix on github here. But as a first draft I’m very pleased.

I’ll write a separate post about the technology behind it all, but feature-wise there are lots of nice improvements:

So yeah, check it out.

birdsearch.org will be down for a little while this weekend while I move it over to its new home at Digital Ocean. Just a heads up. I’ll make a post once it’s all complete.

10pm Sat Oct 29th: yikes, not going fabulously. The site’s going to be offline for a while while I sort this all out.

If I ever had a white whale, it was in a smaller, cuter avian form: a white-tailed ptarmigan. For the last 3 years I’ve made attempt after attempt to find this bird, but never with any luck. Finally today I found a pack of 16, up on Flatiron peak, Coquihalla. Took a little delicacy, but after 45 minutes of slow movement I was able to get close to them. Gorgeous, fascinating bird.

Damn good day. I picked up a bottle of proscecco to mark the occasion.

Back to responsible coding Tues. Soooo close to polishing off birdsearch.org.

Just a heads up that birdsearch.org will be updated in the couple of weeks. Rather than do a safe roll-out of a beta.birdsearch.org subdomain for the new beta, I’m just going to switch out the entire site. The site gets so few users, if there are bugs it won’t inconvenience too many people, but more significantly, I’m switching hosting providers for the site and it isn’t easy to have both running at once.

The new site is a HUGE improvement. I’ll be extremely excited to release it! The site is a complete rewrite in react, redux, react-intl, react-router and node. It also features a snappy new UI and design. I’ll post when it’s all done.

New job is great, but holy moly… the commute! There was I, thinking I had no time before, but tack on 3-4 hours of commuting time a day and there often isn’t even enough time to fix a decent meal when you get home at night. Yikes. Our cats are NOT pleased.

So yeah, zero updates on anything. I’m pushing for working from home for a day or two a week, but I need to get to a place when I *can* work from home and be as productive as I would be in in the office. And that still may take a few more weeks to get there: plus get the requisite laptop + everything set up.

I’m spending the month in Iceland. Working remotely has its advantages. I’ve created an album for the various birds I’m seeing while here. Just click the pink-footed goose picture…

And so ends 2015: time for the old birding sum-up. More so than previous years, last year I decided to take my birding a bit more seriously and set myself some concrete goals:

Despite a few setbacks, the year was an unqualified success:

Birds that got away

I could easily list twenty birds that really rankle, but let me limit it to my top five. These should be read to the sound of gnashing of teeth.

This year’s going to be very different. 2015 was enormous fun, but holy cow I need to tone it down. I devoted a huge amount of my time to birding and let my other pursuits (software, art in particular) suffer. And suffer they have; time to reintroduce a degree of moderation. My new house needs work and my various software projects are in dire need of maintenance and updates. Sadly, all of this will mean less time in the field.

Instead, I’m going to ramp up my reading. I have a row of bird-related literature gathering dust on my shelves and it’s high time to work through them. For a long time now I’ve felt that the number of birds I see far exceeds my knowledge; I’d like to bring the two more in par.

Third, I want to get my life list up over 1,000 species. No, this doesn’t conflict with the above: overall I’ll do less birding but I’ll do some intensive (self-led) birding trips to get my numbers up. Current plan: Mexico early in the year, Iceland for May-June, Brazil/Peru in the fall, and possibly one more if I can raise the funds (Panama? Hawaii? Philippines? Not sure). I may have to take up prostitution or sell some of my body parts to fund all this, but what the heck. It’s worth it.

Lastly, I want to crank up my local birding, i.e. Bowen Island local. I’ve learned a few of the spots here on Bowen but I’d like to explore more.