Long time no post! I’m en route to Panama for a quick birding trip so I’m taking a hiatus from my open source work. Quick summary of where we stand with some of them:

birdsearch.org. This project has been pretty much unchanged since the first Beta release, but it was always pretty solid. I’d love to make a few improvements to both the architecture and feature list but so few people actually use the script I can’t justify the time. It’s a pity – I personally use the site daily to track bird sightings all over the place (such as the locations I’ll be visiting in Panama!) – but time is time.

Form Tools. This has been occupying the vast bulk of my time the most this past year. The Form Tools 3 alpha is coming along well: only 7 more modules to update, plus the API, plus a whole lotta testing. I’ve posted that I was hoping to get it into Beta by January and make it the standard build by the following month. That may have been a little optimistic (the Form Builder module update has taken an eon) but I don’t think it’ll be far off. We’ll see.

d3pie.org. Sadly fallen into neglect. Recently a chap offered to take over maintenance of ace-diff – another one of my older, less-maintained libs – I’m rather hoping someone will offer to do the same for d3pie. It’s a cool little script, but in dire need of a maintainer.

Anyway. Off to bird.

I just released a first version of a new open source script called Ace-diff. It’s an extension to Ace Editor to show a 2-panel allowing you to diff/merge two copies of a document. You can check it out here:
http://benkeen.github.io/ace-diff/

We needed the functionality for a project I’m working on at work, and decided that since it could well be useful for other people, I’d do it in my spare time and open source the result. Seemed a good idea at the time… now, a month on…

Quite honestly, it ended up being the project from hell. It was a far, far more difficult problem than I initially thought, with a lot of judgement calls about how to handle different scenarios and endless issues to work through. Also, there’s a key feature that’s missing from this first version: scroll locking. I poured sooooo much time into that feature but still haven’t been able to get it working well enough to my satisfaction. So for the moment, I’ve removed the relevant sections of the code.

I’m not that happy with this first version, so consider this a first salvo. I have a lot of other work to do (Form Tools, anyone?) and frankly it’s been stressing me out for weeks. Once I’m feeling a little less burned out I’ll return to this. 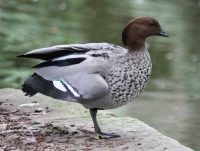