A year ago this month I got back control of Form Tools and was extremely excited to return to work on it… and then something came up, and I had to put it off for a month or two. So then I returned to it, and something else came up. Wash and repeat.

Cut to one year later. What do we have to show for it? Well, the documentation has been ported out of a custom database and into github where (eventually) anyone can edit it – admittedly, that was a huge task – and I’m still working on the website re-write. But really that’s it. The old site is still just sitting there; I’m not helping out in the forums, and basically the whole script has gotten sadly out of date.

The problem is time, not motivation. In the two years that I took off from Form Tools I started numerous other projects include d3pie, grunt-search, country-region-selector, and I re-wrote my popular generatedata.com script. All of these, plus many others, take time to support. When bugs are found I have to fix them – and even finding time for that is difficult.

I absolutely don’t want to give up on the project, I’m just at a loss about how to proceed. July 1st my wife and I are moving to Bowen Island where we’ve bought a house. Initially that’s going to mean even less time while we get the house shipshape.

The goal with Form Tools was – and still is – to get it to a state where people are able to contribute so it can hum along on its own steam. But in order to do that, I need to do work myself – the website, considering the functionality it offers, has to be closed source.

Anyway, </vent>. Sorry the project seems to be stuck in limbo. 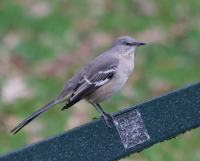