Just a heads up, I’ll be updating the public generatedata.com site soon. Hopefully tonight, but no promises: I don’t want to rush it. The live site has been running an old version of the script for some time now (3.1.4 from Sept of last year). There have been a lot of improvements since then, so this’ll mean a pretty big update.

Latest posts from the generatedata.com project 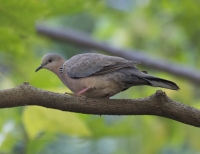